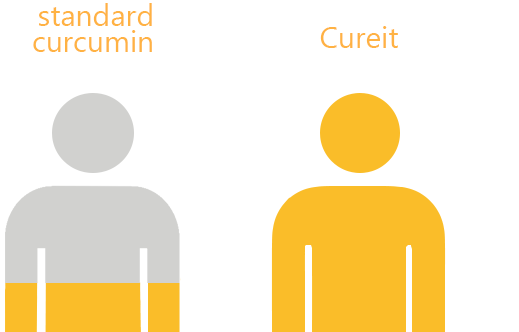 As seen from the graph,  Cureit curcuminoids persist in blood for hours. This is called a ”therapeutic window” – the wider (longer) it is, the better benefit of the product can be expected. 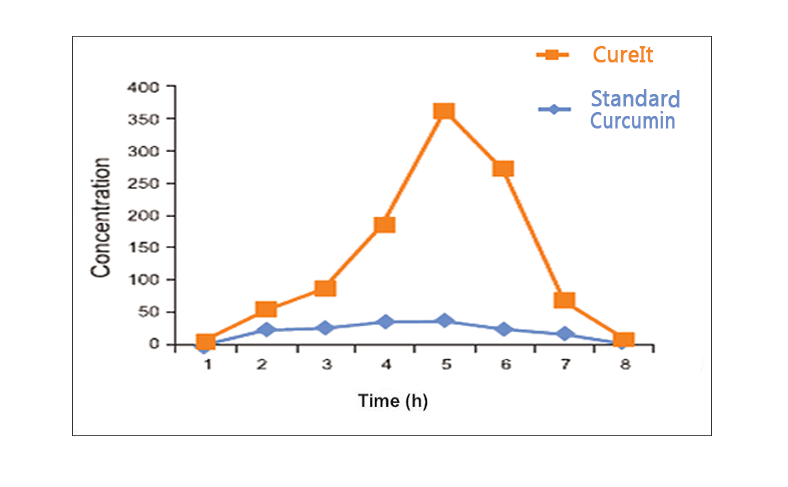 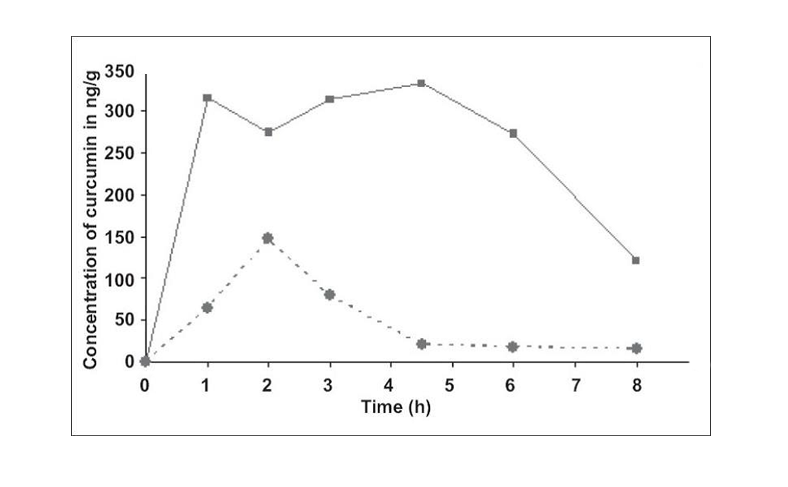 Bioavailability refers to the extent and rate at which the active drug or metabolite enters systemic circulation, thereby accessing the site of action.

Bioavailability is one of the essential tools in pharmacokinetics, as bioavailability must be considered when calculating dosages for non-intravenous routes of administration. Bioavailability of a drug is largely determined by the properties of the dosage form, which depend partly on its design and manufacture. Differences in bioavailability among formulations of a given drug can have clinical significance; thus, knowing whether drug formulations are equivalent is essential.