Depression and anxiety disorder can not be predicted and can not be fully cured. Causes may not always be clear, but one thing is certain – the brain does not work the way it should. Curcumin appears to be a great help in protecting brain functions and even partially regenerating them. It is said that in the case of depression it can be effective as well as some antidepressants, but unlike them it has no side effects.

Research shows that curcumin influences many factors involved in anxiety and depression. Curcumin can help balance serotonin, dopamine, glutamate, and noradrenaline. Further, curcumin may benefit brain chemicals, and it can enhance the production of glutathione, an essential antioxidant for brain health. Curcumin can heal damage caused by heavy metal toxins. Research also suggests that curcumin is beneficial to hypothalamus-pituitary-adrenal (HPA) axis functioning, and it protects against oxidative damage . Interestingly, curcumin may also help with leptin resistance and intestinal permeability (aka “leaky gut”). Notably, curcumin appears to enhance your microbiome.

Clinical studies have shown the effect of turmeric on mental health. It has been found that curcumin acts as an antidepressant, that is, it helps with depression and mental disorders. These conditions are manifested by a loss of life, passivity, hopelessness, insomnia, and anxiety.

Curcumin acts on the pineal gland, which is the endocrine gland that produces melatonin. Scientists believe that the aging process is influenced by the pineal gland, where melatonin production is reduced. Melatonin acts as an antioxidant and helps fight free radicals. It is known that free radicals are the cause of aging. The decline in melatonin production begins to show difficulty sleeping and the overall fatigue of the body appears.

Recent studies have confirmed the anti-inflammatory effects of curcumin. People who took 1000 mg of curcumin for 6 weeks showed lower blood levels of inflammatory cytokines interleukin-1β and TNF-α, as well as lower salivary cortisol. This is an important finding since inflammation is linked to many psychiatric disorders. These people also showed higher levels of Brain-Derived Neurotrophic Factor (BDNF) following curcumin supplementation. Therefore, curcumin may also enhance focus and cognitive abilities. 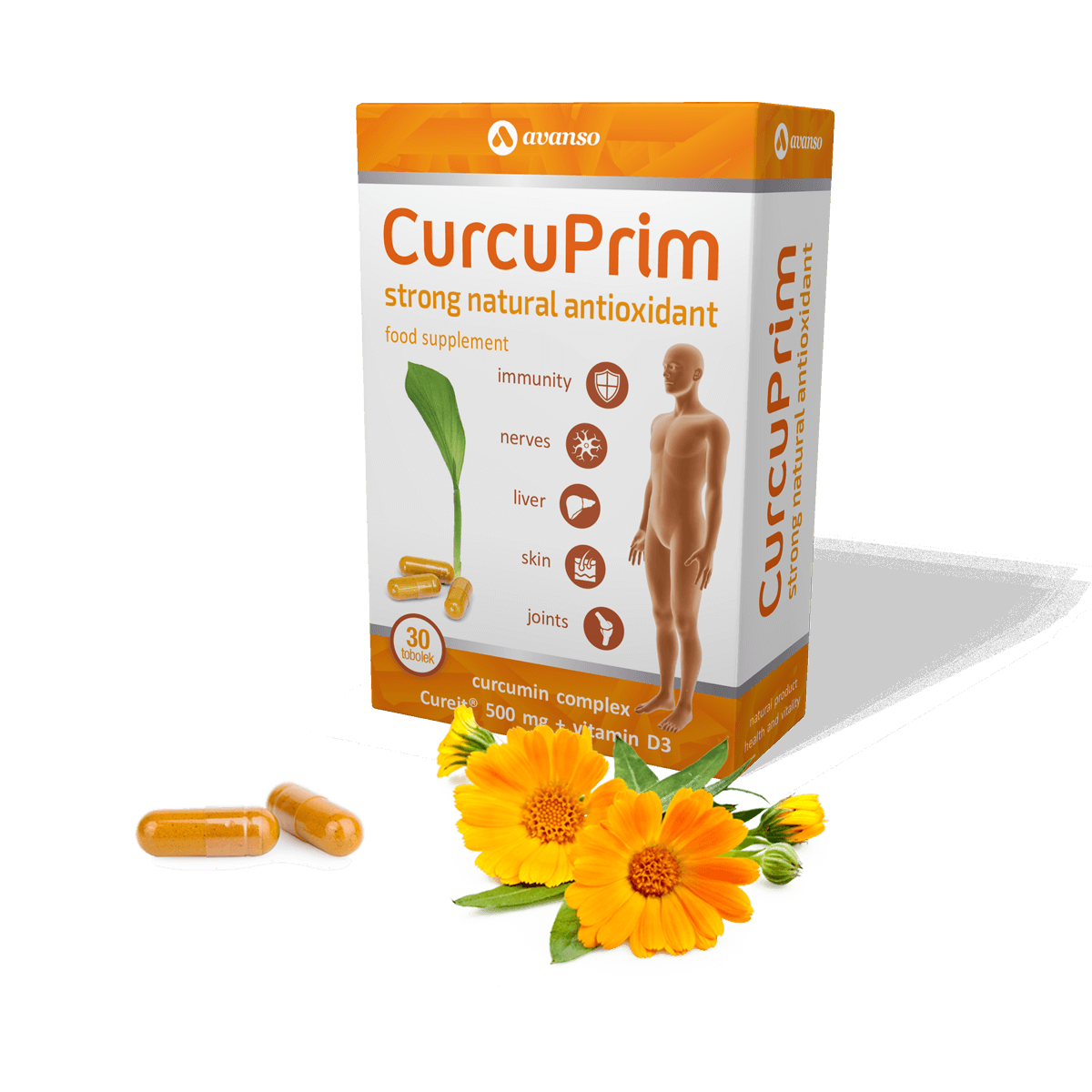